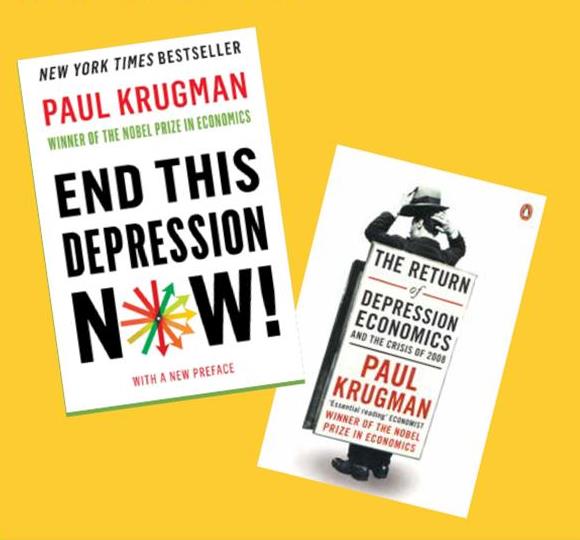 Paul Krugman, recipient of the 2008 Nobel Memorial Prize in Economic Sciences, is Professor of Economics at Princeton University, where he regularly teaches the principles course. He received his BA from Yale and his PhD from MIT. Prior to his current position, he taught at Yale, Stanford, and MIT. He also spent a year on the staff of the Council of Economic Advisers in 1982-1983. His research is mainly in the area of international trade, where he is one of the founders of the “new trade theory,” which focuses on increasing returns and imperfect competition. He also works in international finance, with a concentration in currency crises.

In 1991, Krugman received the American Economic Association’s John Bates Clark medal. In addition to his teaching and academic research, Krugman writes extensively for nontechnical audiences. He is a regular op-ed columnist for the New York Times. His latest trade books, both best-sellers, include End This Depression Now!, a look at the recent global financial crisis and recovery, and The Return of Depression Economics and the Crisis of 2008, a history of recent economic troubles and their implications for economic policy. His earlier books, The Conscience of a Liberal, Peddling Prosperity, and The Age of Diminished Expectations, have become modern classics.

Dr. Krugman’s presentation filled Kendall Hall Theatre on Oct. 23rd. This event was sponsored by the School of Business and was free and open to all TCNJ students, faculty and staff.

As economics sophomore Courtney Wirths wrote in The Signal, “Despite the complexity of the presentation, Krugman was able to break down each economic factor and topic in a simple manner so he could reach the diverse student audience. He used the same accessibility he often employs in his articles for the New York Times.” Read the full article here: “Nobel Prize winner gives insight on recession.” 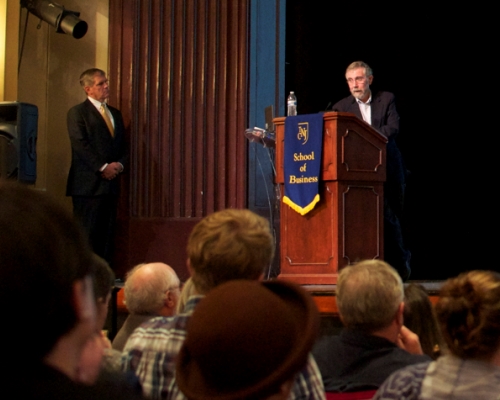 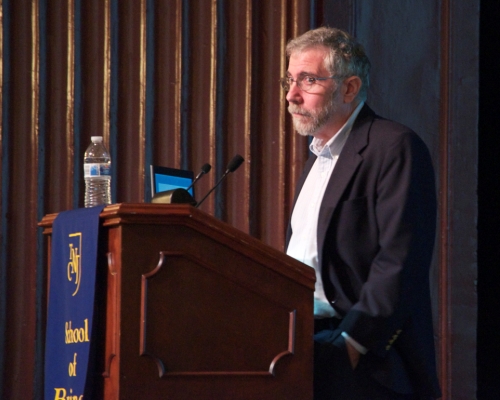 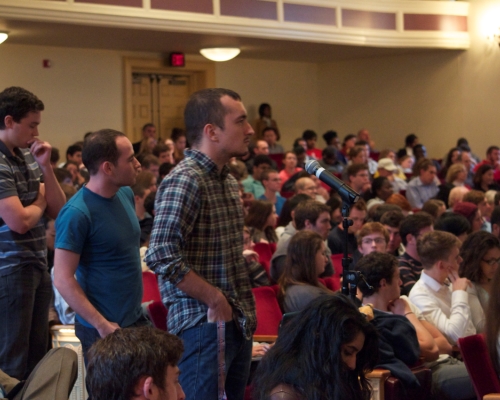 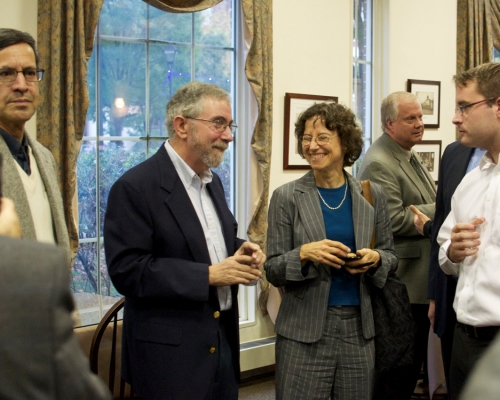