TCNJ’s Pi Sigma Epsilon (PSE) student chapter had an amazing standing that weekend and had so much fun competing with schools across the region. There were 68 competitors in the Pro-Am Sell-A-Thon competition. The five TCNJ students who competed placed among the top 17 finalists. Nick Aromando, Victoria Presser, and Andrew Nee took first, second, and third place, respectively. Fallyn Bohannon and Emma Becker were general finalists.

November 6-9, students Alexis Blacknik and Tatyana Burke represented TCNJ at the International Collegiate Sales Competition and made it to the quarterfinal. They placed among the top 66 out of 385 students who competed from 80 different universities.

During the 1st National Virtual Sales Competition, hosted by Rainmakers, TCNJ students Alex Coleman and Christopher Misa finished in second and tenth place, respectively, out of 1500 students from 40 universities. 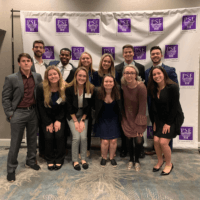 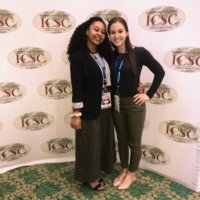