The TCNJ Pi Sigma Epsilon chapter competed in various competitions at the National Convention held in Houston, TX from April 14th to April 18th. There are a total of 67 other chapters across the United States, and the Zeta Zeta Chapter of TCNJ placed 2nd out of the top 5 finalists for recognition as Top Silver Chapter. Chapters are categorized based on several factors including membership size and scale of activities. Other finalists in the Silver bracket included Virginia Tech., Bryant University, University of Wisconsin-Eau Claire, and first place Louisiana State.

Each year at the National Convention, chapters have the opportunity to participate in the Pro-Am Sell-A-Thon Competition, which is a simulated sales role-play situation. This year the Pro-Am-Sell-A-Thon had two role-play components however, only the finalists from the first round were able to advance to the second. TCNJ had 19 participants in the Pro-Am Sell-A-Thon Competition. TCNJ along with University of Wisconsin-Eau Claire had the most finalists in this Pro-Am. TCNJ had five out of the top 26 finalists of the competition comprised of 100 students from across the nation. TCNJ finalists were Kyle Smith, Matt Napoli, Nicole Fucci, Emmett Slobodzian and Alyssa Freitas. Of the top 26 finalists, Matt Napoli and Emmett Slobodzian ranked in the top ten. Faculty Advisor, Dr. Alfred Pelham along with other school advisors and PSE sponsors, participated in the Pro-Am Sell-A-Thon Competition as a buyer. The buyers acted as the VP of Marketing and Customer Relations of a food distributor whom students sold Cutco Cutlery in the sales role-play. 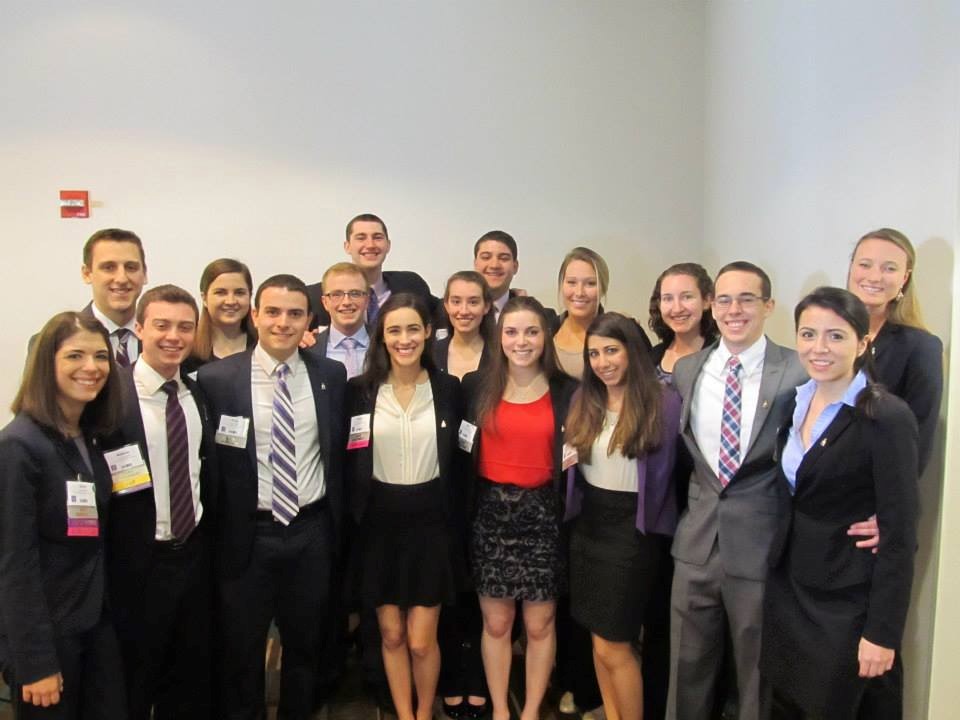