The School of Business Center for Innovation and Ethics hosted a conversation with Robert Egan, President of Victory Packaging, on April 15, 2016.

Introductions by Assistant Dean Antonino Scarpati of the School of Nursing, Health and Exercise Science; hosted by Professor Kevin Michels, Director of the School of Business Center for Innovation and Ethics.

In 2001, Robert Egan began his role as President and Chief Operating Officer of Victory Packaging. During his tenure, the company has grown from $200 million to $1 billion. He discussed running a company with innovative and ethical business practices. 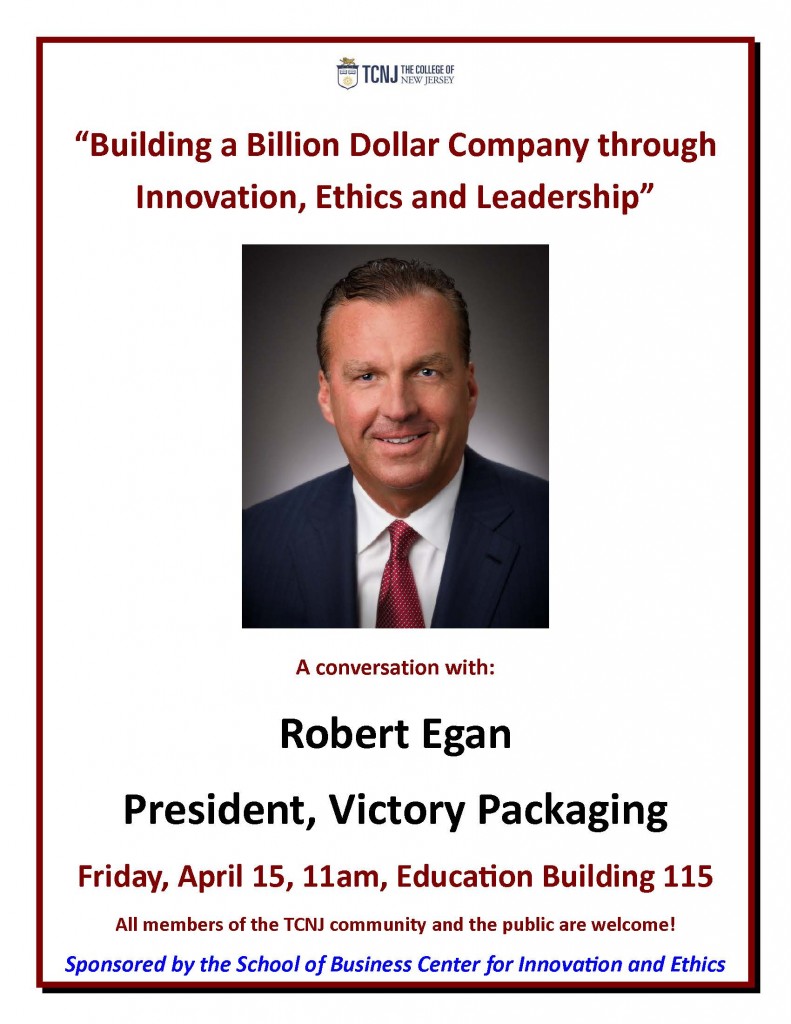