Drawing on their own career experiences, panelists discussed topics of particular interest to students preparing for careers in finance at the annual TCNJ School of Business Finance Forum. The event was hosted by Wells Fargo in New York City on March 29, 2017. Topics included ways to advance your finance career and avoid stagnancy; the value of mentorships; how to prepare for a transition into a new area within a company; and what to expect in an interview.

Many students were interested in specific ways to increase the likelihood of career advancement. Sabroe and Hurley both agreed: “Take a chance.” Sabroe described moving from a Fortune 500 company to a smaller company because it would give him more autonomy and opportunity, while Hurley recounted leaving her 6-year run at Bank of America to join JP Morgan where she knew no one, but craved a new challenge.

Bonaldi reminded the students that in order to advance anywhere, you have to start somewhere. “Don’t look for the ‘perfect’ job,” he advised. “Find out what you’re passionate about, and break into a company.”

The Value of Mentorships

The panelists were unanimous in their support of mentorships during the early stages of a career. One benefit of mentorships, according to Bonaldi, is that they allow you to filter through your career options; feedback and advice from managers help to narrow down career areas for which you are well-suited. Mentors also work as advocates by promoting your accomplishments and ideas within the company, a benefit touted by Nambiar and Sabroe. You should try hard to find a mentor, even if the company you are working for has no formal mentorship program, Nambiar said.

Moving Into a New Subfield

Having discussed their professional journeys and internal career moves, one student asked, how do you prepare for a career transition within the same company? Sabroe’s advice was simple: introduce yourself to your prospective teammates, get to know the manager(s), and promote your interest in and readiness for the new job. Hurley similarly advised students to get acquainted with the younger people in that particular area since they can give you the most accurate depiction on what it is really like to work there as a newcomer.

Some students expressed interest in what a typical interview for a finance position looks like, and more specifically, the kinds of challenging questions recruiters devise. “You should always expect situational questions,” Nambiar warned. Sabroe recommended always learning as much as you can about a company before going in for the interview, citing instances where the interviewees were tested, by way of questioning, in their knowledge of company-specific financial information. Svizeny encouraged the soon-to-be interviewees to think about and articulate what differentiates them from other candidates. According to Svizeny, creativity—that is to say, the ability to think outside the box—is a key asset that can get you your first job and the jobs that follow. 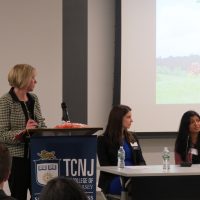 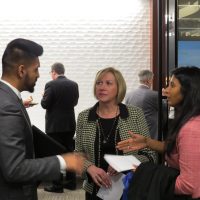 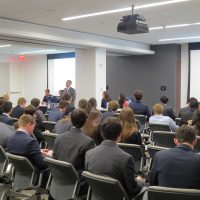 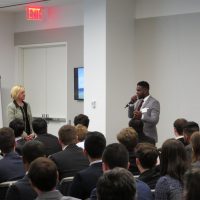 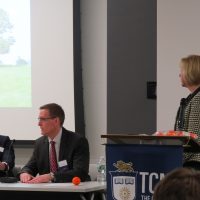 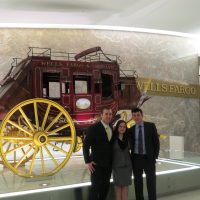 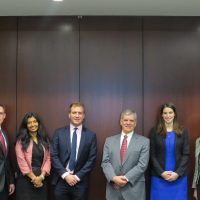 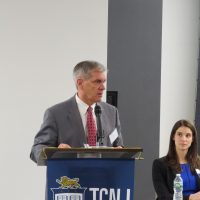 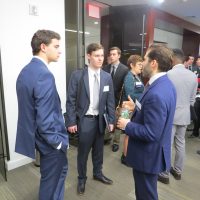 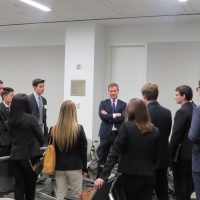 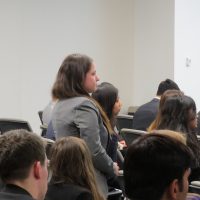 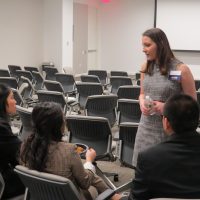 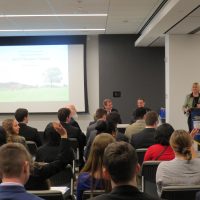 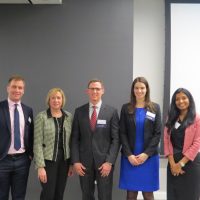 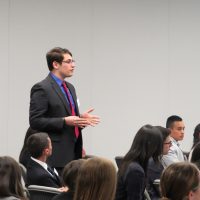 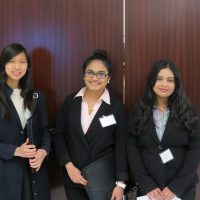